Michael Kinion US Air Force Veteran who earned the National Defense Service Medal. This medal is awarded for honorable service during the dates of a conflict.   Michael started his career and a Tactical Air Control Party (TACP).  Basically we provided direct air support for the Army. After an injury during training, that disqualified Michael, he was than cross-trained into Aerospace Medicine.   Also, while in the Air Force he studied ju-jitsu for 3 years and has been studying Krav Maga for last1 1/2.

After training with Robert I began to realize what little we knew in protecting ourselves in a self defense situation.  That is when I decided to dedicate my career to teaching others how to protect themselves if the situation is ever needed. 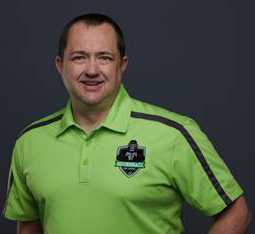 Self defense training has become a top priority for many companies. Creating a safer workplace environment starts with employee training. Companies are learning that in order for their employees to feel safe and be able to protect themselves, they need to offer self defense training. Seminars can range from Basic Self Defense and Parking Lot Safety to Active Shooter Training. Providing self defense training for employees is a valuable way to equip employees with skills they could need in the workplace while adding value to their lives while they learn to protect themselves and become more confident in their daily lives.

Silverback Self Defense brings self defense training to groups and organizations in a unique and fun way. Do you have a group of friends, a scout troop, charity organization or church group that is looking for different ways to connect and desires an educational, interactive event?

We offer specific men’s group seminars as well! We find that men desire high level self defense seminars that include tactical self defense strategies or weapon defense.

Silverback Self Defense offers the advantage of private and semi-private self- defense training.   We are changing the way people think about self defense training, redefining the mindset of having to take self-defense or martial arts classes. We come to you and provide one on one or semi-private lessons to bring the most efficient training possible.

At Silverback Self Defense, we offer self defense classes, self defense seminars and corporate self defense seminars. In addition to our hands-on self defense training, we also offer firearms training. We live in a very scary world and it is getting worse everyday. Because of this, many of our clients desire to learn the basics of handgun use and/or obtain their license to carry. We offer opportunities for groups or individuals to train in a different atmosphere. With smaller groups or one on one training we approach hand gun training differently than many ranges or gun training businesses.

Our seminars are great to do with a friend! Register two of you and get 25% off the total cost of your seminars!

Self Defense in Katy, TX

With the increasing violence in the world today, individuals are becoming more vulnerable than ever before. Everyone wants to feel safe in their day to day life, Silverback Self Defense Katy helps make that happen. We bring self defense training to you. Through private or semi private instruction, group or corporate seminars, we offer clients the training they need to feel equipped and prepared for real life situations. We train in any environment; we come to your home, office or location of your choice to deliver the most effective and easiest to learn and recall self defense techniques available. 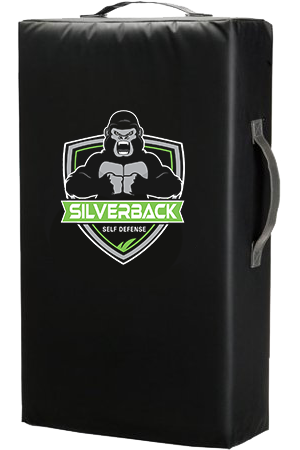 We receive so many positive comments from our clients that we know you’ll love our seminars as much as they do. In fact, if for any reason you are not completely satisfied, we will fully refund the cost of your seminar.

“Robert Webre is an awesome instructor. He provides great information about general awareness as well as giving physical self defense instruction. We will be taking more courses.“

“We had a corporate self defense seminar in July 2019. I cannot express how amazing it was. The entire group loved every second. Tips on how to stay “aware” of your surroundings. The information was truly informative and then the actual hands on was excellent. Seeing that the techniques that are taught actually work is awesome. I won’t lie some of us were a little winded after all the exercises, just shows how much hands on there actually is. I would recommend Silverback to anyone and we will be having a Session II for our corporation as well.“

“Robert came out to do a self defense class for our women’s group at church. It was awesome. Very informative, we learned some great techniques and everyone really enjoyed it. I hope to schedule an additional training in the spring!“

“We signed my daughter up for a series of self defense private lessons for her to be better prepared when she goes off to college. In those 10 lessons we were impressed with the strong foundation she has learned in such a short period of time. Her instructor, Samantha was great! Very professional and thorough. We explained what we wanted our daughter to get out of the lessons and she tailored a plan utilizing our input and worked with our daughter to get the most out of those lessons.“

“I attended the seminar for Houston Methodist Clear Lake and enjoyed the information as well as the self-defense techniques. My co-workers enjoyed it also and we are looking forward to signing up for the next class, level 2. I am glad I am now more aware of my surroundings and situations that have put me at risk in the past.“

“Robert did a great job with our staff and members at First Community Credit Union! He made it fun and easy to learn about self defense. He was engaging and personable! Attendees left asking when the next session would be because they enjoyed it so much. Thank you to Robert and Silverback Self Defense for working so well with us!“

“We did a private family self defense session last weekend with Robert and it was outstanding. He armed our two teenagers with good techniques for handling themselves in dangerous situations. I would definitely recommend this type of hands on training for women, children or teenagers in particular, although even my husband found it very interesting and informative.“ 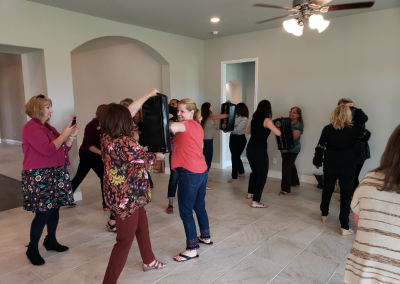 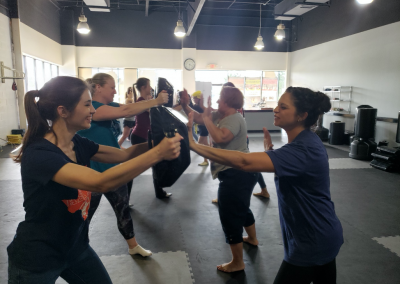 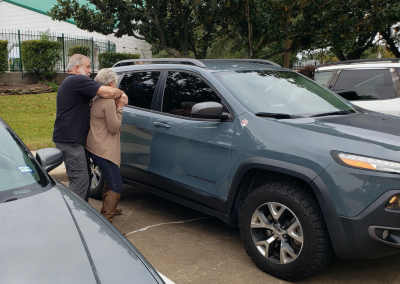 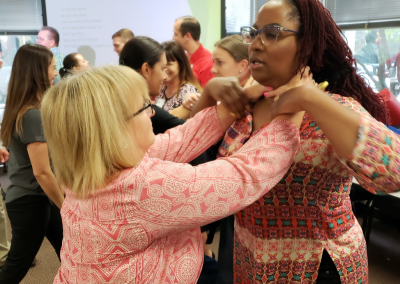 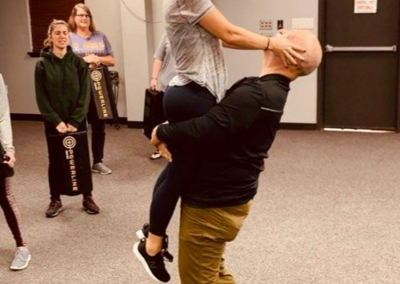 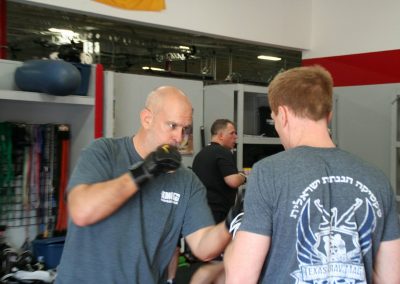 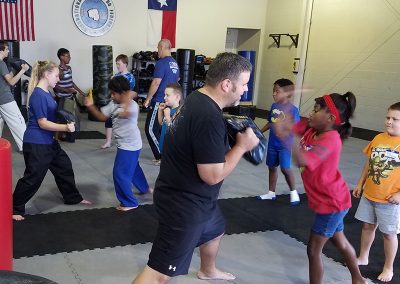 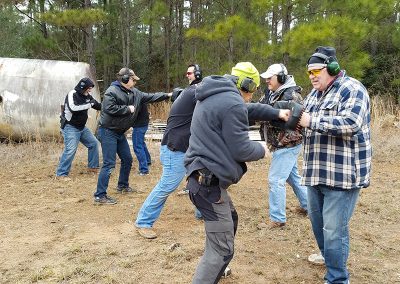 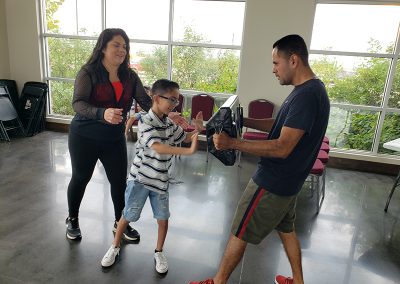 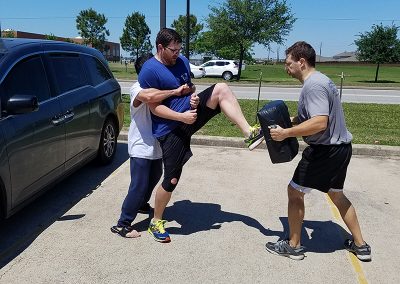 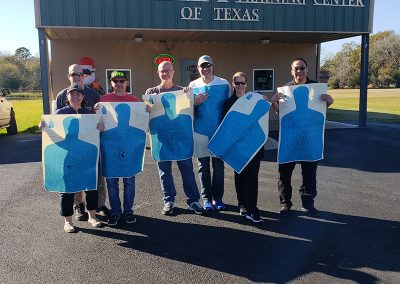 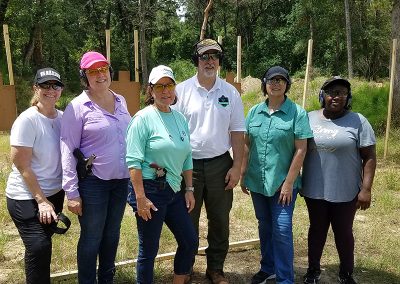 email us
Leave a Review